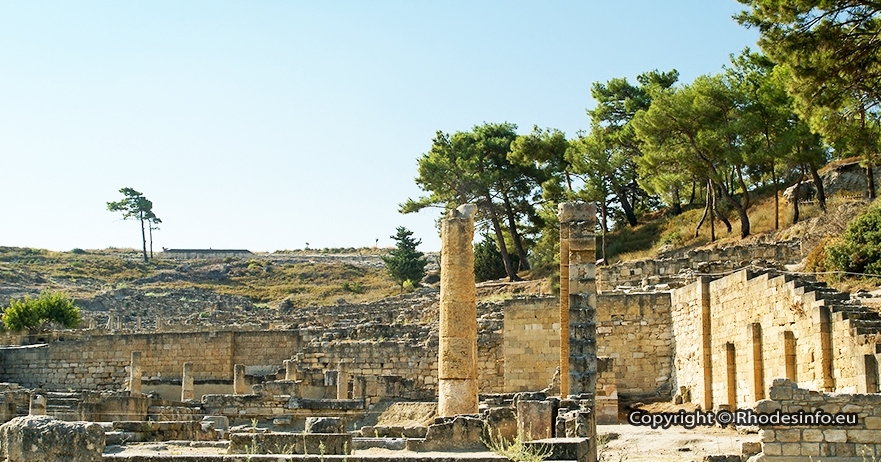 Kamiros, Lindos and Ialyssos are the three ancient cities of the island. Kamiros, although conservative, is considered to be an important commercial center from the Archaic to the Hellenistic Age. It was discovered in 1929 during excavations carried out in the region. In the archaeological site, there are  ruins of Hellenistic- Roman city of Kamiros, houses and buildings, the Doric temple, arches, the Ancient Agora and traces of the Temple of Athena. Also, there are cemeteries all around.

Legend says that the city was founded by Camiros, the son of Kerkfou and grandson of the Sun. The first traces of habitation in the area date back to the Mycenaean era. After 408 BC Kamiros started to decline and finally disappeared in the 2nd. AD. century, probably due to the earthquake of 155 AD. The excavations started in 1852 and completed in 1864, brought to light one of the most characteristic cities of the Hellenistic period. The city was built after the earthquake in 226 BC, on the oldest settlement ruins.