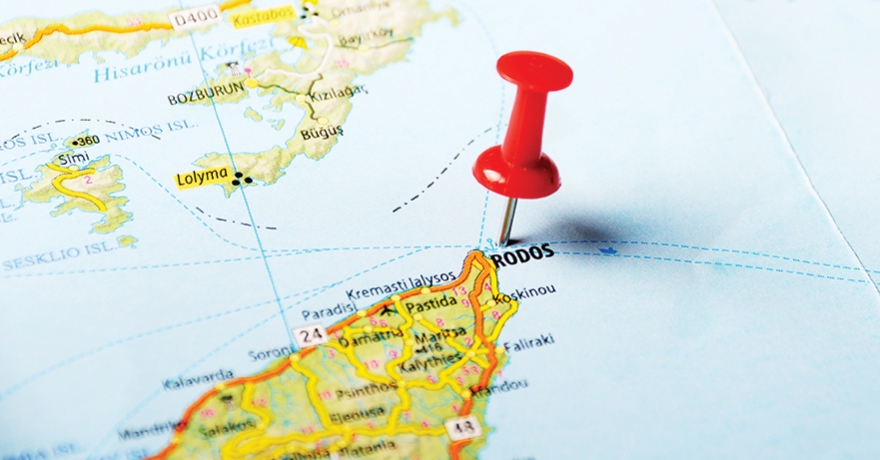 The island of Rhodes has an area of 1400.68 km2 and is the biggest one in the Dodecanese group and the fourth largest island in Greece after Crete, Evia and Lesvos.
Its population reach 163 476 inhabitants and is located about 350 kilometers southeast of Athens and 18 kilometers southwest of Turkey. The island has a total area of 1398 square kilometres and is 79, 7 kilometres long and 38 kilometres wide. It has 253 km of coastline and the highest point of the island is the top of the mountain Attaviros with height 1,215 m.
The island is divided into ten municipalities, which are the Municipality of Rhodes (the capital) and the municipalities of Ialysos, Petaloudes, Kamiros, Kalithea, Attavyros, Afandou, Archangelos, Southern Rhodes and Lindos.
The island of Rhodes is located at the crossroads of two major sea routes of the Mediterranean between the Aegean Sea and the coast of the Middle East. The coastline of the island of Rhodes is indented and embellished with golden sands, multicoloured pebbles and crystalline waters. The western coast is more fertile and forested than the eastern one but also has rocky beaches. The inland of Rhodes is hilly and wooded, offering a lush and flowered landscape.

Notices: Vessel positions may be up to one hour old or incomplete. Data is provided for informational reasons only and is not related by any means to the safety of navigation. 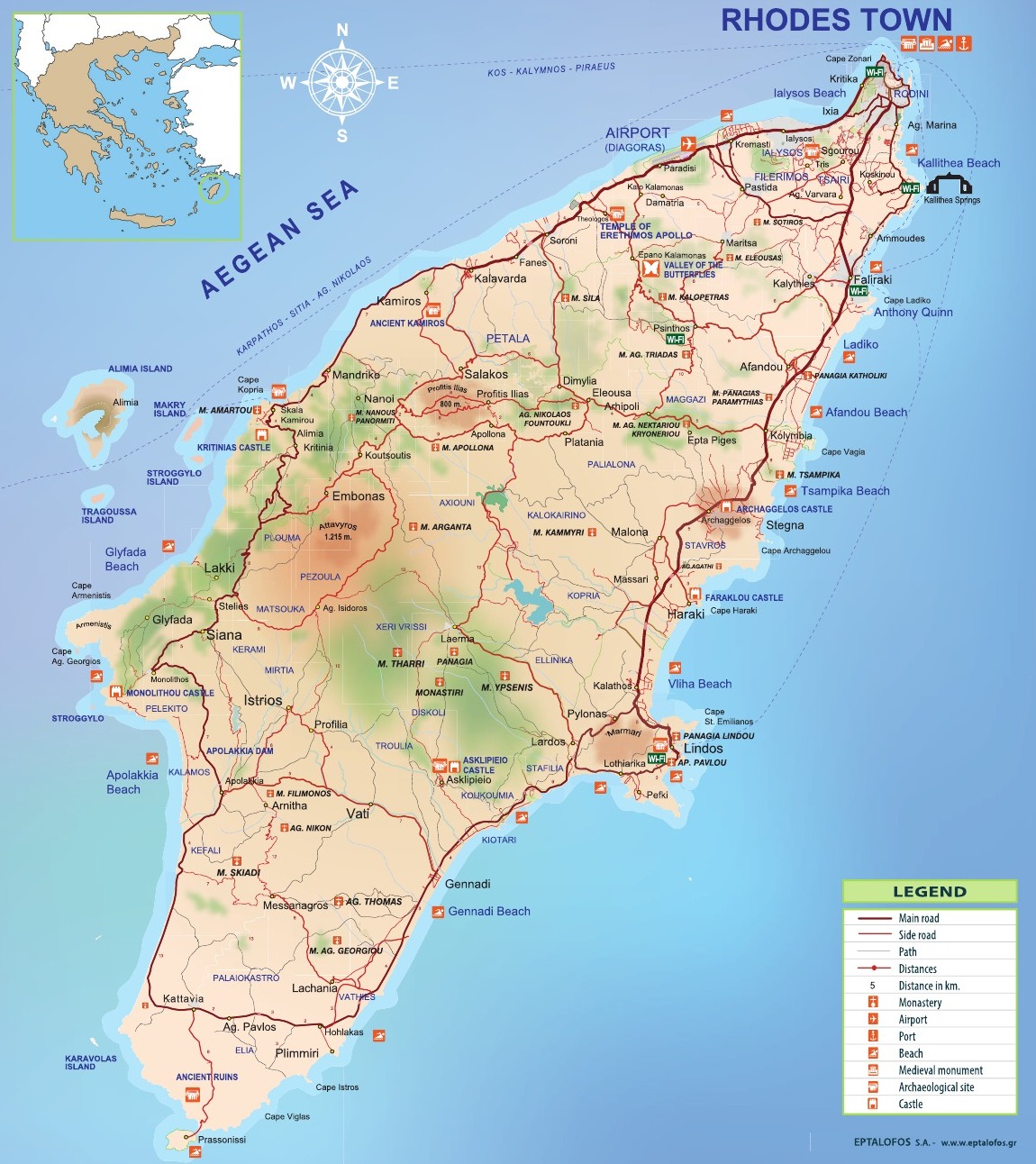 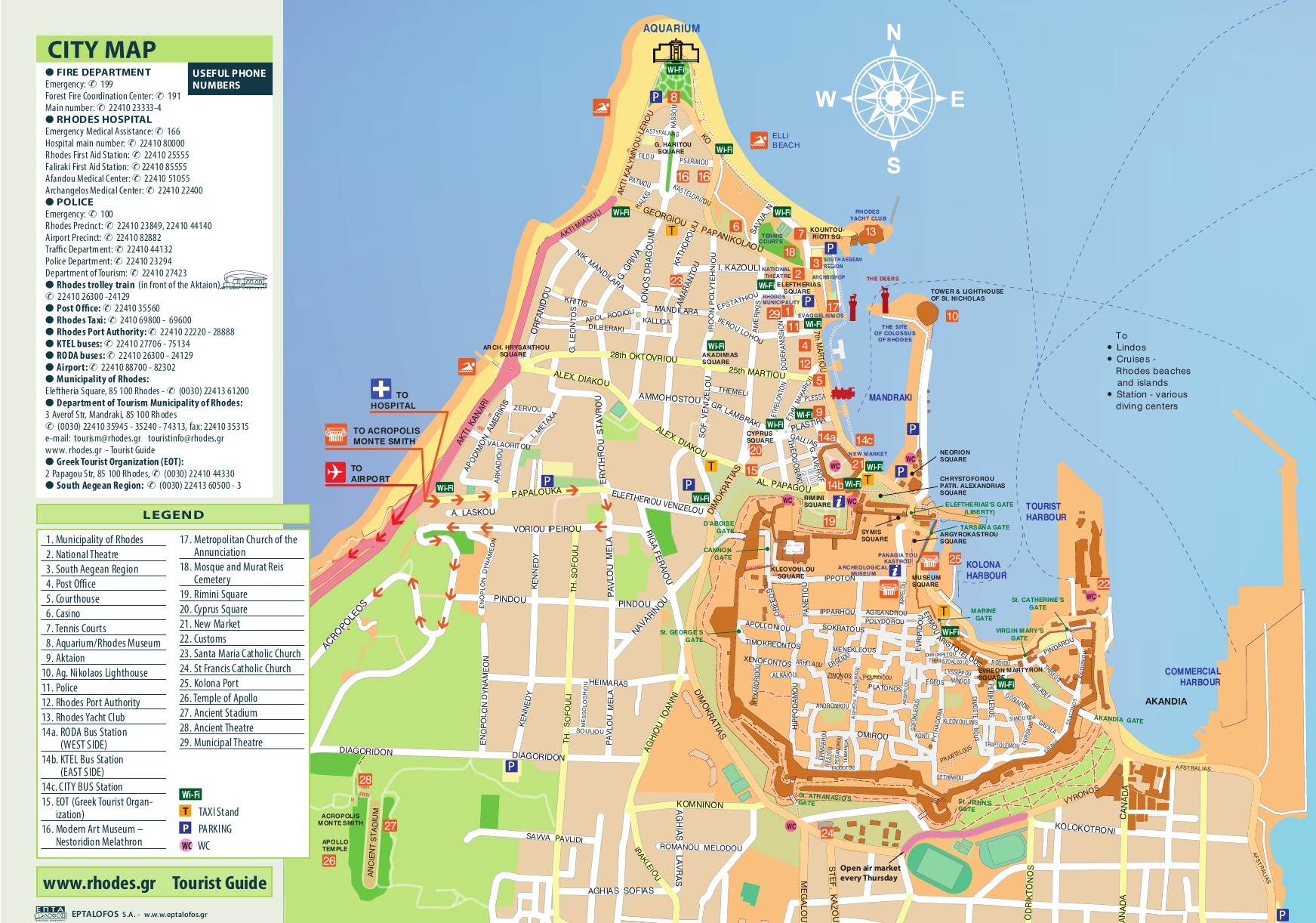 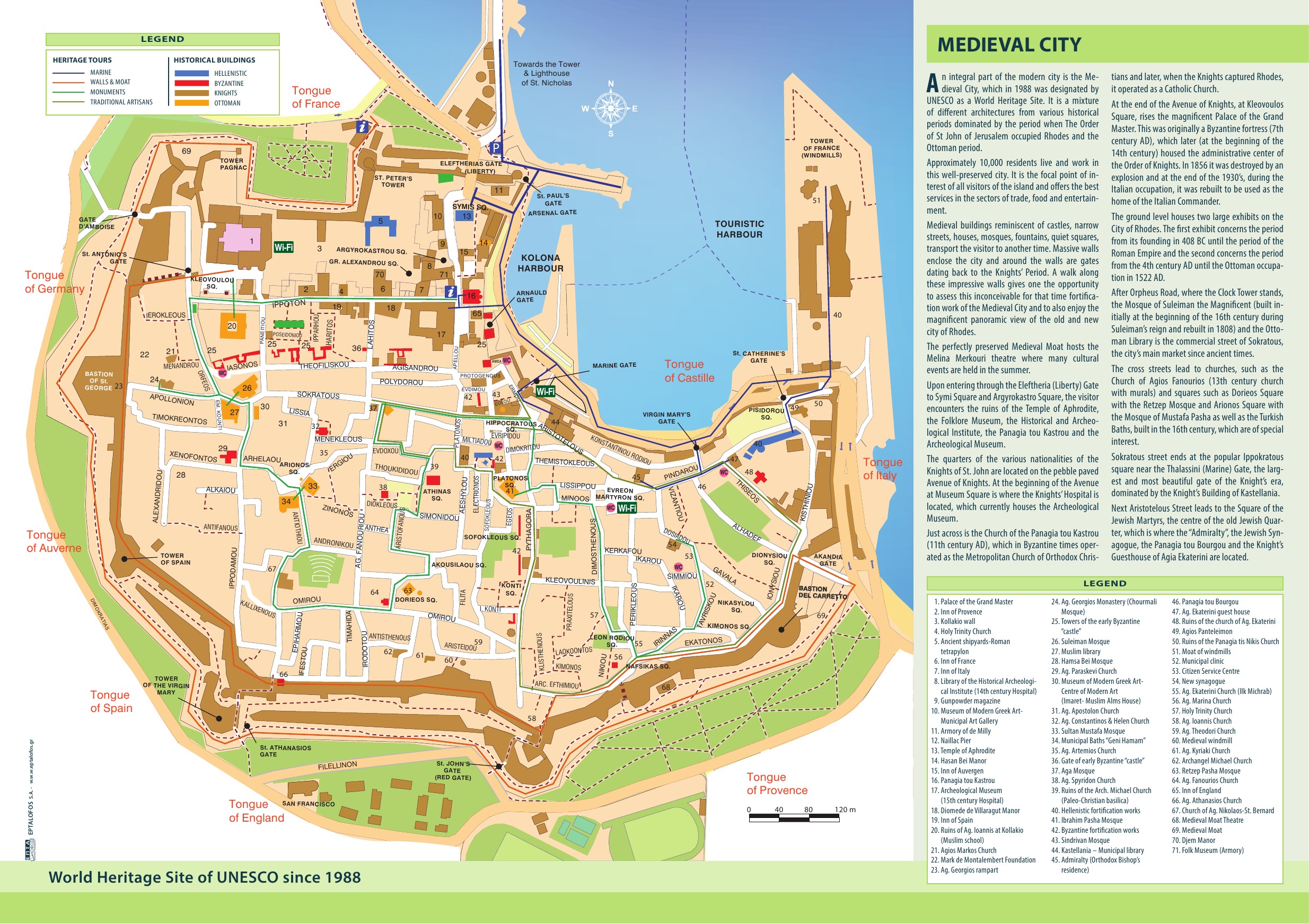 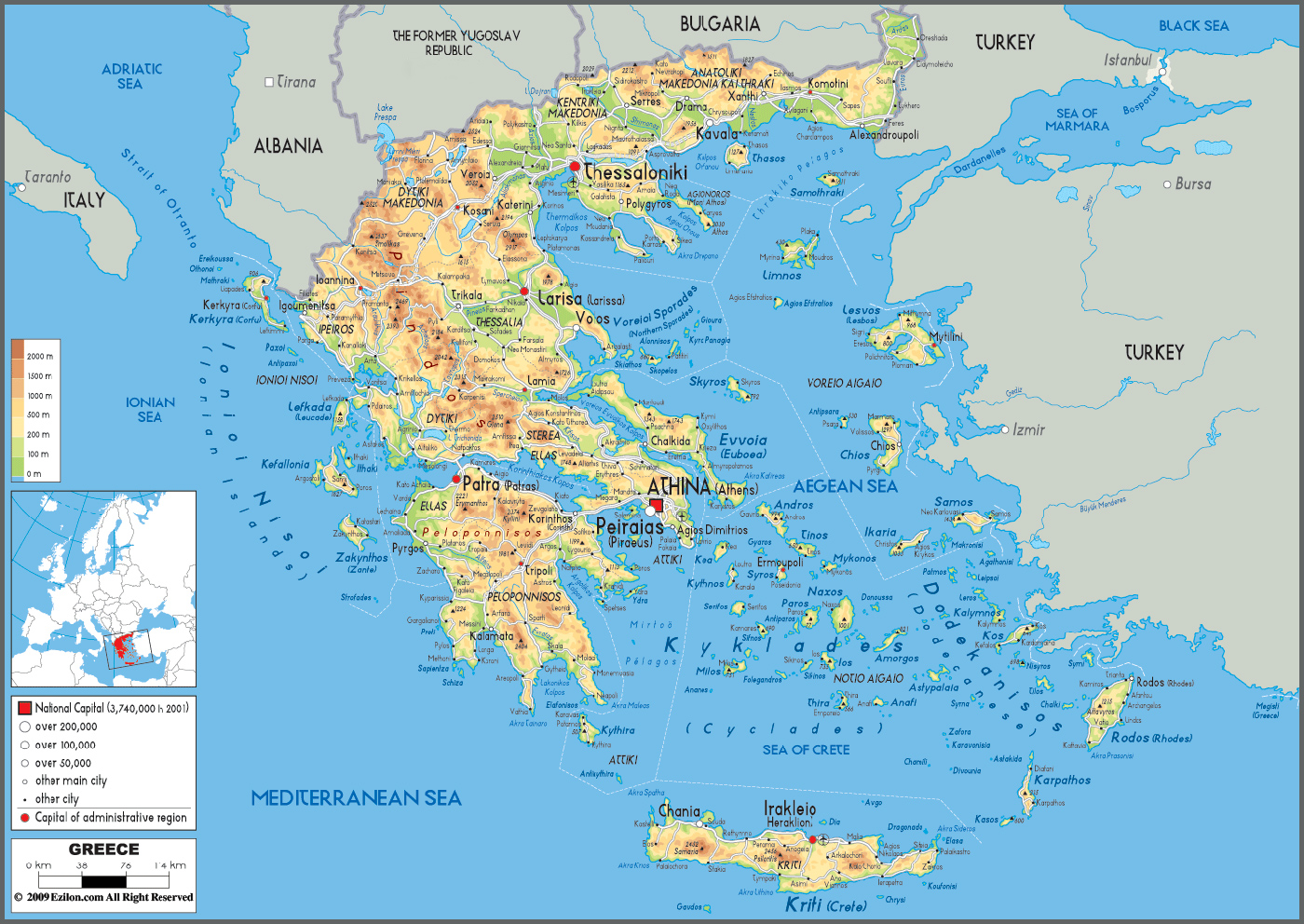 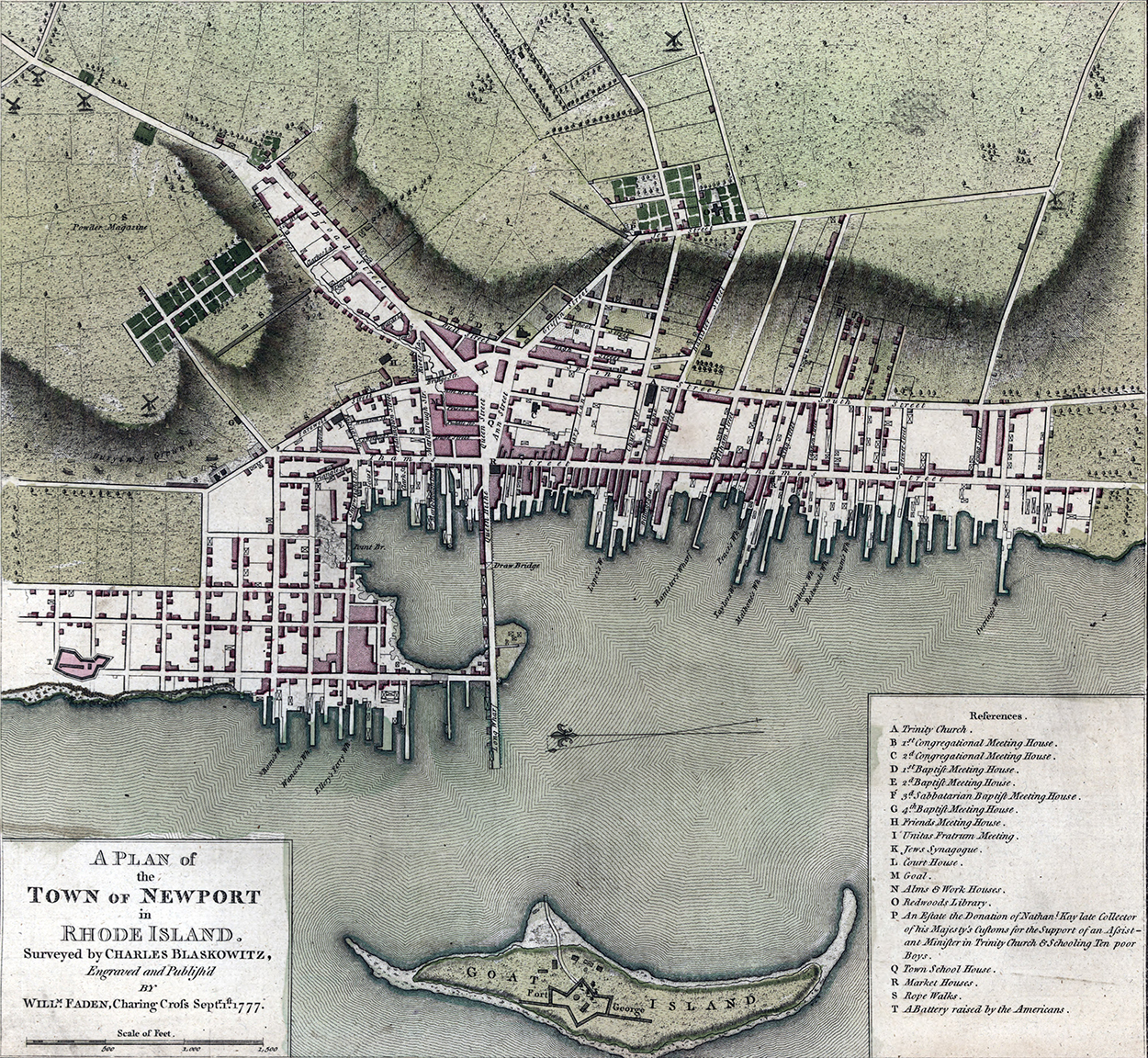