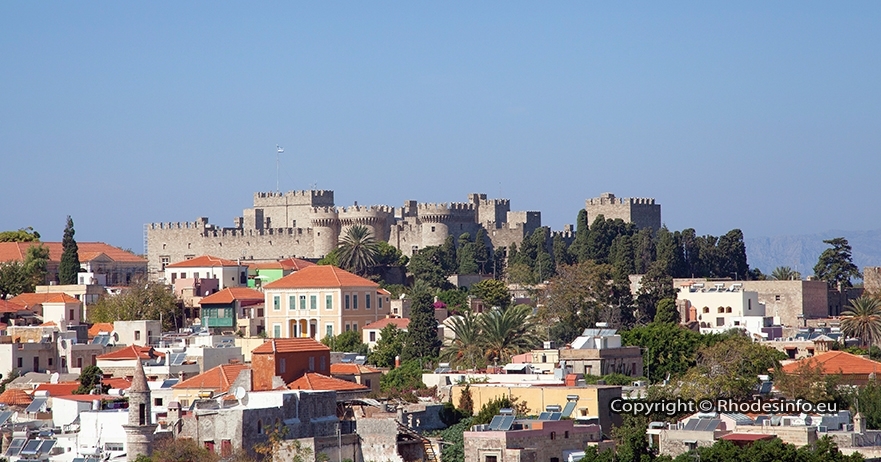 The island of Rhodes is the meeting point of three continents, Europe, Asia and Africa and connects the West with the East. This was the reason why accepted influences from many different cultures.

The three centuries that followed were characterized as the "golden period" of Rhodes. During the same period, Rhodes produced excellent artistic work. The most famous was Colossus, one of the Seven Wonders of the World.
The independence of the city came to an end in 164 BC, when Rhodes became a province of the Roman Empire. During the early Christian period (330-650 AD), Rhodes was part of the Christianised Roman Empire, which is known as the Byzantine Empire.

During the Byzantine period knows prosperity and for this reason invaders plunder the island many times. In 1306, Rhodes along with Kos and Leros are sold to the Knights of St. John. The period of the Knights, Rhodes knows again bloom and was fortified considerably. One such result is the Medieval City of Rhodes.

In 1522 Ottomans came and the city castle falls into their hands. Mosques, public baths were constructed and buildings constructed by the Knights were enriched with Ottoman features, while the Greeks were forced to move.
Rhodes remained to the Ottomans until 1912, when Italians reached the island. In 1923 Italy established a colony, called the Italian islands of Aegean. They preserved the remains of the Knights' period and removed all the Ottoman additions. Also reconstructed the Palace of the Grand Master and undertook extensive infrastructure projects.

After a three-year occupation and governance by the British army, Rhodes and the Dodecanese, incorporated with Greece in March 1948.
Today is a beautiful Greek island with natural beauty and great cultural treasures. Tourism development, coupled with cultural development has brought prosperity to the island of Rhodes. 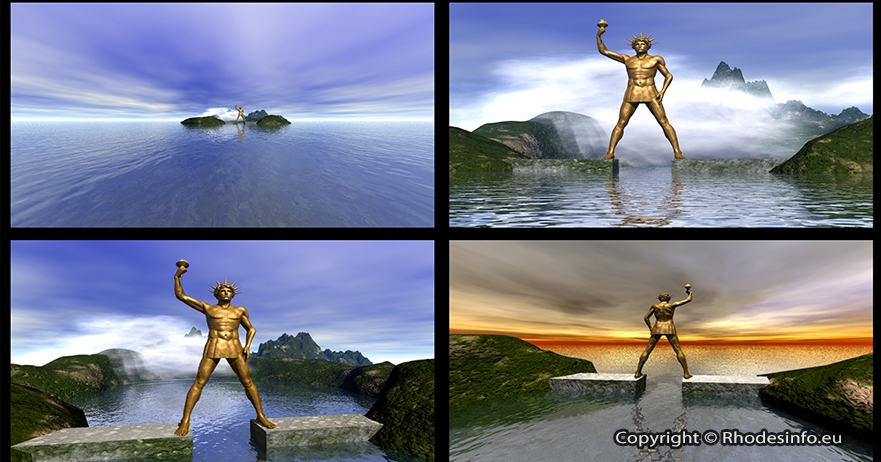 The Colossus of Rhodes

The Colossus of Rhodes is considered as one of the seven wonders of the ancient world. It was a huge statue in dimensions which reflect the God of Sun.

The giant statue, dedicated to the God of Sun, protector of the island of Rhodes, was designed by the sculptor Chari from Lindos, a student of the famous Greek sculptor Lysippos. It was about the same size as the Statue of Liberty in New York, though its based was lower. The construction began in 304 BC and it took 12 years to finish. It was destroyed in 227 BC, after 66 years of its completion by an earthquake. It was 33 meters copper cross frame and compacted at stone pillars. The whole statue stood on a marble base of 15 meters.

There are no accurate information about the shape and location but the widespread perception is that reflected God of Sun, with rays around his head, holding a torch in his hand and stood at the entrance of the harbor, with ships passing under his legs.
According to legend, in the 4th century BC the Sun God saved the people of Rhodes by a persistent siege of the Macedonian general Demetrius besieger. As an expression of gratitude to their patron, Rhodians erected Colossus.