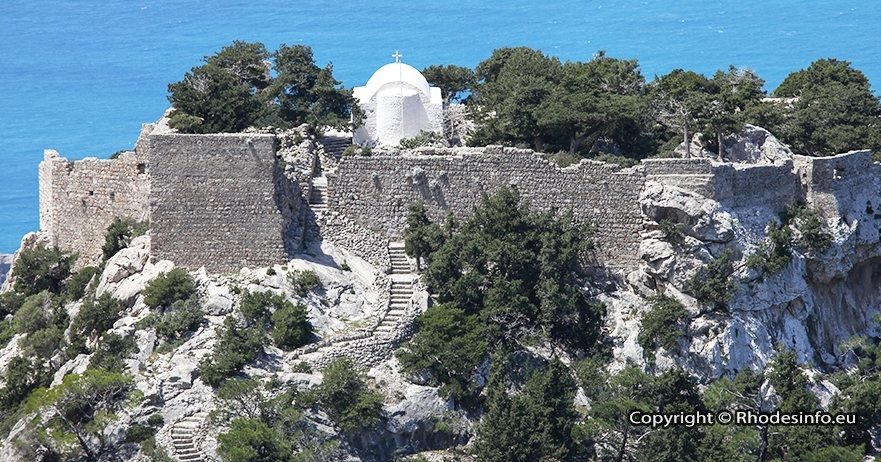 Castle built on a rocky mass jutting from the slope overlooking the west coast at a distance of 1.5 km from the village of Monolithos.

According to the Ministry of Culture there are two stages of construction, Byzantine and Hospitaller. It covers an area of 3,500 square metres and the perimeter of the defensive enclosure is 259 metres long. It is irregular in shape with th entrance to the east. On the south side there ate traces of Hospitaller machicolation. A square tower protecting the entrance stands just within; there is also a single-cell post-Byzantine vaulted chapel dedicated to Agios Panteleemon near two water cisterns, one to the east and the other to the northwest.

The Byzantine castle was refortified by the Knights after a decision of 1476. The main function of the castle was as a refuge for the inhabitants of nearby settlements in case of enemy raid. Thus, in 1479, the villagers of Apolakkia were directed to seek shelter there if the need arose.