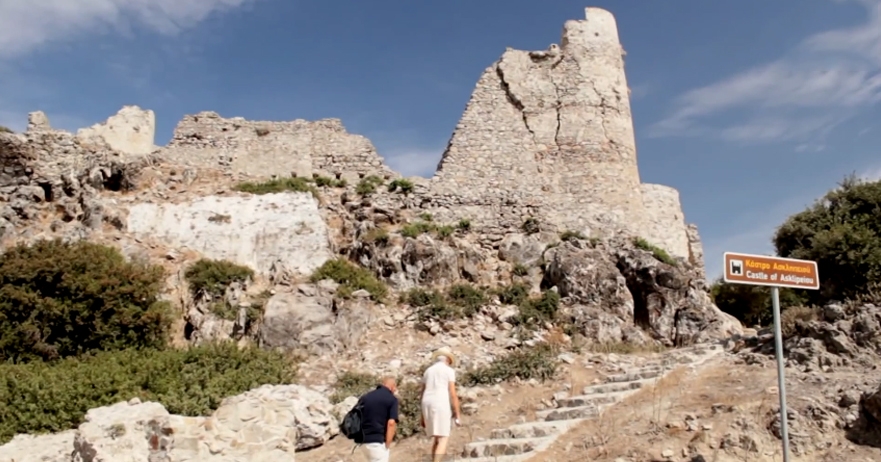 The Castle of Asklipio is on a hill of 250 meters in the vicinity of the village. The village's name probably preserved memory of the cult of Asclepius. This place called Castle and located inland some distance from the coast.

According to the Ministry of Culture the building of the castle dates back to the 15th century. This period dimly distinguished two construction phases: The first phase of the square tower was fortified, while in the latter repaired the tower the northwest corner. Above the entrance gate there dedicatory inscription which writes: Hoc opus factum est quondam tempore dominorum canonicorum Rodi Johannis de Terranova, Rodericus Dacri, Antonius Constantini, Iohannes Cafuri et ceterorym 1473.

The castle was built to protect the village. Its strategic position allowed the supervision of large parts of coastline and inland roads, including those led by Gennadi on the south side of the island. This gave the castle an important role in the defense of rural areas.

Independent fortified square-shaped with four towers at the corners. The thickness of the outer perimeter wall is 1.30-1.50 meters. The tower in the northeast corner is not saved. From the tower of the southwest corner stands only the basis. The entrance is located in the tower of the southeastern corner. The Tower of the northwest corner, which is square-shaped, repaired, and also repaired the northern wall and was built at the entrance to the tower. Within the fortification there were two cisterns and remains undiagnosed buildings. The main entrance is an arched opening crowned by gun-loops and framework. Within the framework was embossed with dedicatory inscription. The masonry is irregular.