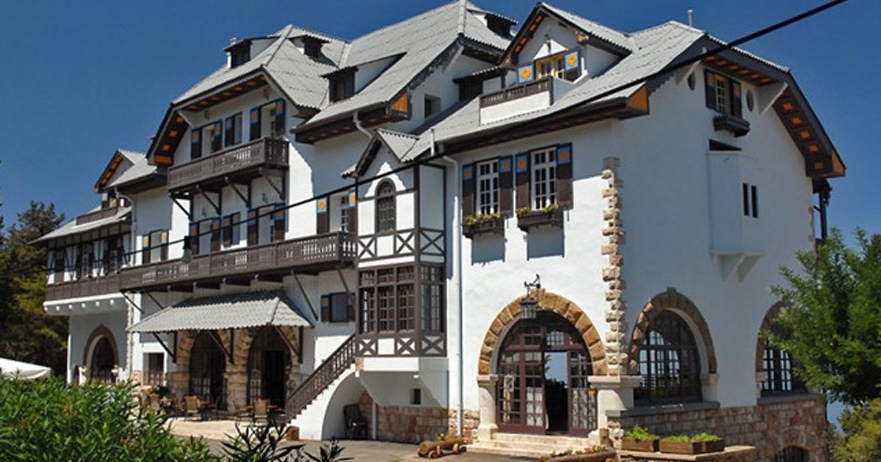 The hotel is on mount Prophetes Elias, near the Byzantine monastery with the same name. It comprises tow buildings, a three-storeyed one, "Elaphos" and a two-storeyed one, "Elaphina", both with a basement and a high pitched, wooden roof. The walls are built of stones in a cement frame, while all the window frames and balconies are made of wood.

According to the Ministry of Culture the "Elaphos" hotel was the first part built by the italians in 1929 (Albergo del Cervo). In 1930, a ground floor restaurant with a large veranda, a tennis court and a dancing floor were added while later on, the second floor was constructed, replacing the veranda. In 1932 the building was extended with a new wing, called "Elaphina". Thus, the hotel was finally named "Elaphos and Elaphina" after a certain species of deer that lives in the woods nearby.