The fortress and the Windmill of Agios Nikolaos 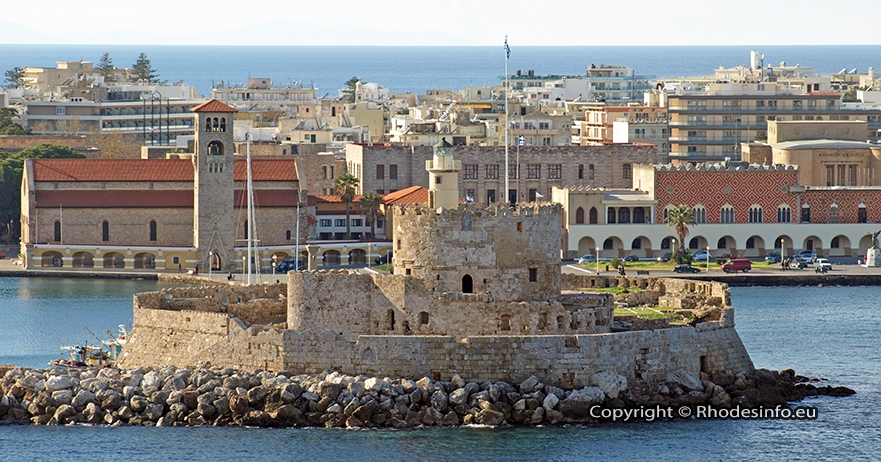 The fortress of Agios Nikolaos is isolated fort on the northern of the homonymous pier of the port of Rhodes and acted as "key to the defense of the city."

It was built by the Grand Master of the Knights of Agios. Ioannis Zacosta around 1464-1467 on Mandraki. In its position as 1460 there was only the Church of Agios Nicholaos, from whom it took its name. On the east wall of the pier still preserved three windmills.

It was damaged by the siege of 1480 (by the Turks) and the earthquake of 1481 and it was rebuilt by M. D 'Aubusson, who strengthened with new powerful complex that surrounds it.

From the mid-17th century it was installed on the roof of the lighthouse that continues to function till today. The lighthouse was built in 1863 by the French Company of Lighthouses. The height of tower is 6 meters and the height of focal plane is 25 metra. It is located at the edge of the port of Rhodes capital over the castle.

Since 1998, it was restored and can be visited as worksite.