The Acropolis of Lindos 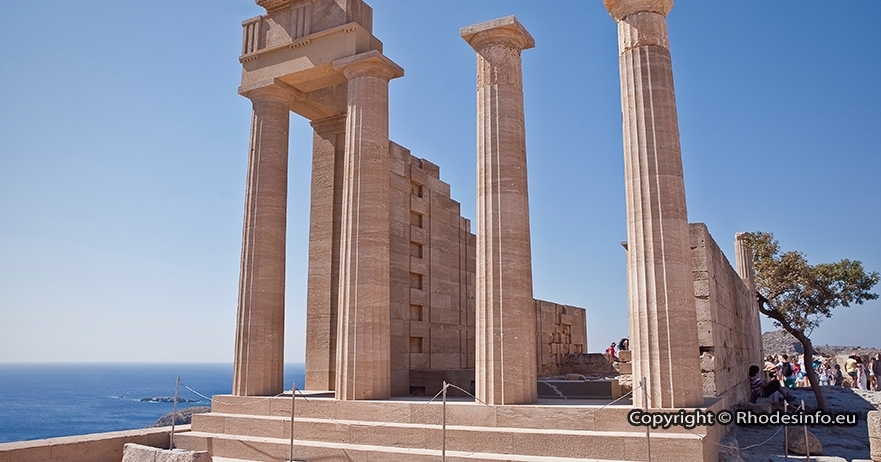 Lindos is another ancient city of Rhodes and is considered to be the jewel of Rhodes, as it is probably the most picturesque town of the island. The Acropolis at Lindos is almost as well known as the Acropolis in Athens.

It is the main archaeological site of Rhodes. You can admire the ancient temple of Lindia, the towers, the Greek portico, the rates, the church of Agios Ioannis, the Government Palace, the relief of a Rhodian ship, statues and the necropolis, which extends to around hills and more.

According to the myths, Αcropolis of Lindos was founded by the Danaides, in honor of Athena Lindia. It has always been the center of life of the village and the famous shrine remained throughout the Hellenistic and Roman period cult center.

The acropolis of Lindos according to the Misindtry of Culture has always been the center of life of the settlement. Its pre-Greek name, and a few prehistoric relics, testify the existence of life in the area since the Neolithic era. The cult of the goddess Athena must be inducted in the citadel during the 9th century. BC, the Geometric period. In ancient times the island leading to the colonial movement. In the 6th century. BC dominates Lindos form tyrant Kleovolos, one of the seven sages of antiquity. Then there were major infrastructure projects in the city and built the original temple of Athena on the Acropolis according to Diogenes Laertius (1.6).

The Persian expansion in the Aegean and later the settlement of Rhodes, in which participated Lindos with the two other towns of the island, Ialysos and Kamiros, led to the gradual reduction of economic and political importance of Lindos. However the famous sanctuary remained throughout the Hellenistic and Roman periods of worship and the first among the traditional sanctuaries. The lindian place which was dedicated exclusively to the worship in ancient times, was then a safe haven in times of crisis, to reach more and more over the centuries in fortified citadel with a permanent guard.

Excavations in Lindos made during the period 1900-1914 by the Carlsberg Foundation in Denmark under the direction of Kinch and Blinkenberg the first period and the E. Dyggve the second. During the first period systematically investigated the space as the bedrock and uncovered all the monuments of the Acropolis and the necropolis of Lindos stretching the surrounding hills. The second period took systematic study of already-disclosed monuments.