The Medieval town of Rhodes 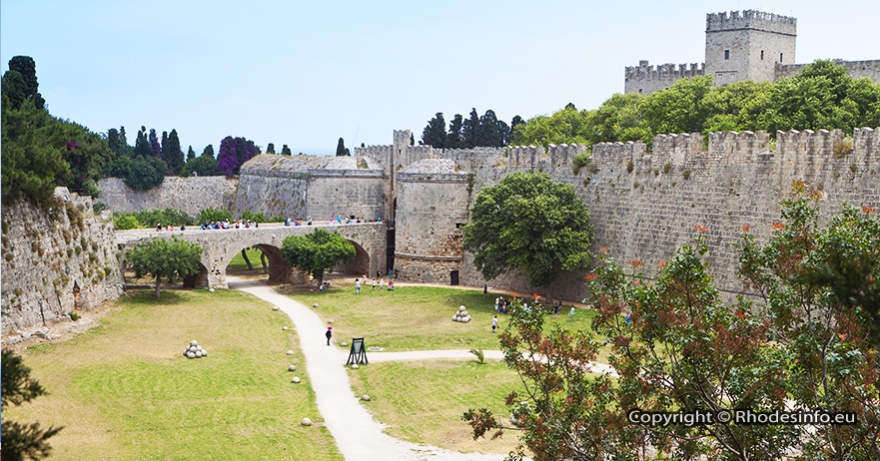 The Medieval town of Rhodes is built on the northern tip of the island. Its foundation dates back to the year 408 BC and it was built by Hippodamus Miletus.

Beyond the historical interest, the medieval city hosts a lot of shops, restaurants, hotels and nightclubs and is one of the most hot spot locations on the island.

According to thw Ministry of Cultutr the ancient city was much reduced in size in Byzantine times, and was protected by fortifications from the 7th century. The early walls contained the area later known as the Collachio. In the early 12th century, however, a new wall enclosed a rectangular area of 17.5 hectares. This was the town conquered by the Knights of St. John (Knights Hospitaller) in 1309.

From this time until 1522 the town was the headquarters of the Order's island state, which also included most of the other Dodecanese islands and had to face, apart from internal matters, the increasing pressure of Islam. The sophisticated fortifications of the town repelled even the might of Ottoman sultan Mehmed II the Conqueror in 1480.

In 1522, a landmark for the history of Rhodes, sultan Suleiman II the Magnificent managed, after a lengthy siege, to drive the Knights Hospitaller out of Rhodes. They eventually ended up in Malta, leaving behind a host of monuments that testify to their presence on the island. Rhodes remained under Ottoman occupation until 1912. They were driven away by the colonial expansion of Italy who held the Dodecanese islands until the surrender of Italy to the Allies in World War II. In 1948 Rhodes became formally part of Greece.