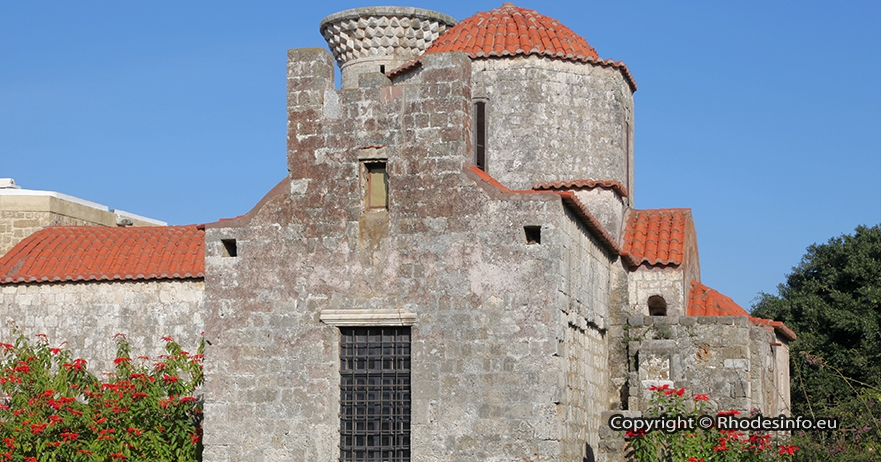 The church of the Holy Trinity belongs to the free cross with dome architectural type and dates from the late 15th - early 16th c.

According to the Ministry of Culture the arms of the cross are roofed with slightly pointed vaults. The crossing is covered by a dome supported by an eight-sided drum. The masonry is of locally quarried sandstone and parts of it, such as the apse and dome, are particularly carefully constructed.

Today only fragments survive of the frescoes that once decorated the interior. In the semidome of the apse the Prophetic vision of Ezekiel is still visible, with the Apostolic Communion and Church Fathers below it. The Ascension is depicted on the arch leading to the Sanctuary and the niche of the Prothesis is painted the Dead Christ. Of special importance are the surviving murals from the west arm of the cross, which include episodes from Genesis such as Adam Naming the Animals, the Fall of Man, Adam and Eve being driven out of Paradise, The Sacrifice of Abel and the Deluge.

The murals belong to the locally developed eclectic style and are thought to date from ca. 1500.