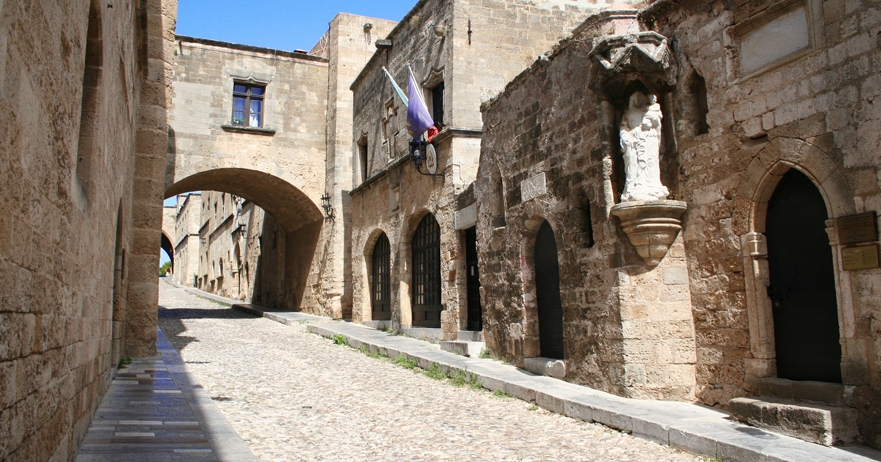 The church now known as the Holy Trinity on Ippoton St., according to the Ministry of Culture was a Roman catholic foundation of the Knights Hospitaller. According to writted sources it was dedicated to St. Michael.

It was from the first a single-cell structure, probably covered by a single vault. In the Ottoman period it was converted into a muslim house of prayer and was called Khan Zade Mesjid and acquired its ellipsoid dome.

The lintel of the entrance from Ippoton St. bears the arms of the Holy See flanked by the royal arms of England. The church, apparently originally an annexe of the English tongue,was built between 1365 and1374. During the 15th c. its seems to have been transferred to the tongue of France.

Of the murals once covering the interior only traces survive, heavily restored by the Italians in the first half of the 20th c. The rare theme of the Throne of Grace is depicted in the semidome of the apse. The Ancient of Days is shown seated, holding Christ on the Cross in His Hands; this is a Western variation of the representation of the Holy Trinity, which gave the church its modern name. This central theme is flanked by the figures of the Virgin and St. John the Baptist, withFathers of the Church ranged below. The murals date from about 1500.