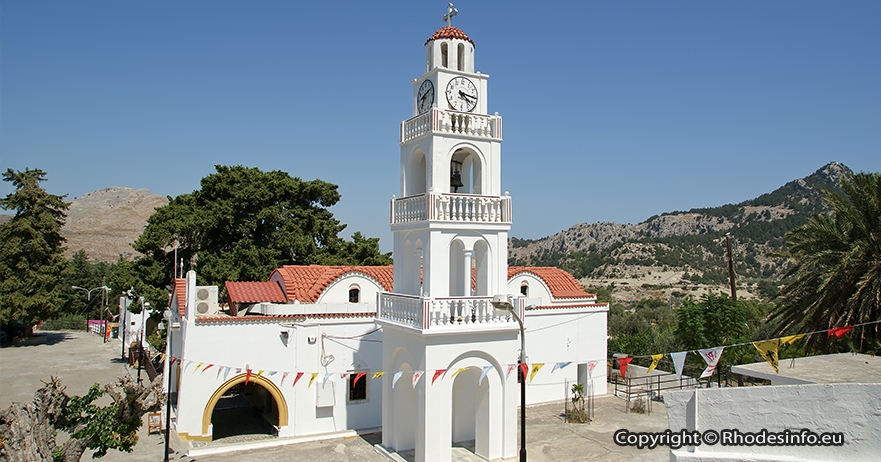 Panagia Tsambika is located in the eastern part of the island of Rhodes, 32 km away from the city between Kolymbia area and the Archangel Municipality.

The church of Panagia Tsambika consists of the old and new monastery. The old monastery is located on top of a hill, above the homonymous beach, while the new is lower near the highway that connects the Archangel in the city of Rhodes.
The monastery celebrates on September 8th every year.

The name Tsambika, according to tradition, due to the word of the local dialect "tsaba", meaning spark and connected to how to find the image. For security reasons, the miraculous icon located in Kato Panagia Tsambika.
The icon of Panagia Tsambika considered miraculous, especially for women who want to have children. The monastery is considered the protector of the island.