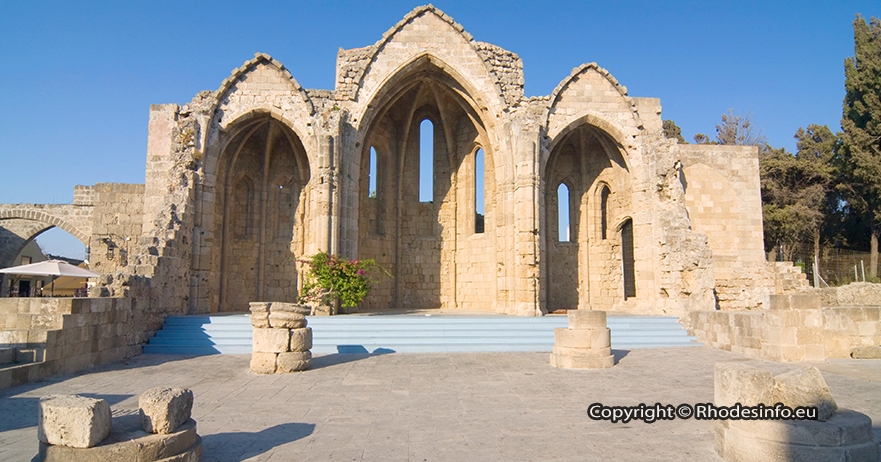 It is located in the burgess district of the Medieval City of Rhodes, the so-called Gate of Our Lady.

The reconstruction dates back to the Grand Master Villeneuve, in the 14th century.
During the Knights there were built six chapels in the surrounding area and were opened seven arched tombs in the northern wall of the church. Today, unfortunately, have survived only three arches and parts of the chapel.

According to recent archaeological research, the church must have been in use until the beginning of the 16th century. and probably destroyed during the siege of 1522. The church was Catholic, as seen from the layout and featured him. He probably was one of the first buildings constructed by the knights for their service