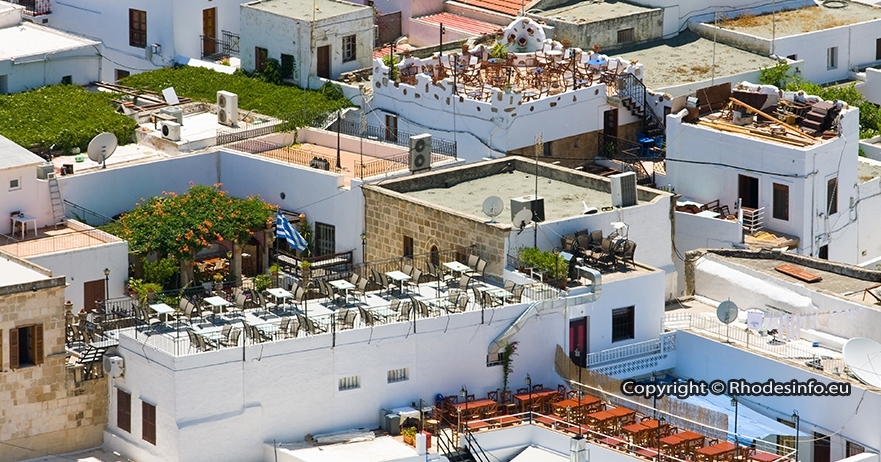 Lindos is situated 49 km. away from Rhodes Town. It is considered one of the most picturesque villages of Rhodes.

In the narrow streets you meet "wild" natural landscape, small courtyards with mosaic black and white pebbles and mansions with their date of construction. The village center is pedestrianized, the only mode of transport are donkeys and motorbikes, which serve as taxis.

For many Lindos is a village with intense archaeological interest, since there are accommodated the medieval walls, the ruins of the ancient acropolis, the Temple of Athena, the Byzantine Church Virgin Mary and many archaeological sites scattered around town but also away from it.

Lindos was and still remains the leading tourist destination outside the Old City, without distorting the traditional element. The beach of Lindos, with its crystal clear and shallow waters attract thousands of visitors. In the same bay there are two beaches equipped with umbrellas and sunbeds. Around there are many modern tourist facilities. If you are fond of diving, Lindos is the place for you! Discover the abundance of colorful fish and corals in the underwater world of Lindos. Lindos is one of the most beautiful resorts on the island.